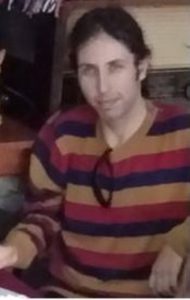 He is one of the leading Macedonian economists and scholars. His alma mater is Ss. Cyril and Methodius University in Skopje. He is a researcher at the University of Luxembourg and Head of research group at the International Center for Emerging Markets Research in Moscow. His major subject of career is professionally dedicated to banking, experimental finance, financial economics, economic history, institutional economics and governance, and macroeconomics, through consultancy and scientific research. He is a reviewer, editor, translator,author and coauthor of a many articles, papers and chapters published in distinguished journals. He completed many projects in a cooperation with the best European and American universities and is a member of the Society for Economic Measurement. Importantly, he delivered a lot of economic seminars and chaired academic conferences across the world. In addition, his texts have appeared in influential mediums in Republic of Macedonia. Also, he actively participates in different scientific organizations and professional events from his fields of interest.