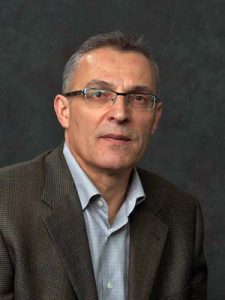 Apostolos Serletis is currently President of the Society for Economic Measurement, Coeditor of Macroeconomic Dynamics and the Journal of Economic Asymmetries and Associate Editor of Energy Economics, the Open Economies Review, and the Cambridge Elements in the Economics of Emerging Markets. He has also served as Guest Editor of the Journal of Econometrics, Econometric Reviews, and Macroeconomic Dynamics.

Return to the Energy Industry Home