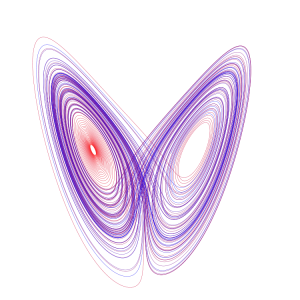 The deep advances of Russian scholars in nonlinear inference are legendary, with such names as Liapunov, Pontryagin, Kolmogorov, Smirnov, Kondratiev, Markov, Chebyshev, and Kantorovich being synonymous with many areas of nonlinear dynamical inference in mathematics, statistics, physics, history, and engineering. More recently the relevancy of nonlinear dynamics to inference in economics has been growing, but with the full scope and depth of Russian contributions to the methodology not fully recognized by mainstream economists.  The primary objective of INDI is to bring together scholars from throughout the world with expertise in nonlinear methodology and in econometric practice, to advance the mutual best interests of both groups.  Many participants will not be economists, but with interests in the potential spread of their research to economics.

Major researchers from both groups will be appointed Fellows of INDI, with the ability to submit research to the Institute’s working paper series, Studies in Nonlinear Dynamical Inference (SNDI).  Only INDI Fellows will be authorized to submit to SNDI.  But access to SNDI working papers will be available to all researchers at no cost and without required membership in INDI.  As visibility of INDI research grows, there will be conferences of INDI Fellows in Moscow and publications of journal special issues and monograph volumes containing research by INDI Fellows.  As the influence of INDI expands, invitations to membership among the INDI Fellows will expand. The relevance of Russian scholar contributions to nonlinear dynamical inference will play an important role in INDI.